How to use cURL with Python?

cURL is a the most popular command-line tool for transferring information across networks. It’s highly configurable and offers libraries in multiple programming languages, making it a good choice for automated web scraping. One of the languages it works well with is Python, widely used for its versatility and readability.

Together, cURL and Python can help you script API requests, debug complex instances, and retrieve any type of data from web pages. This article will demonstrate how you can use these two tools in conjunction, especially for POST and GET requests. We will be using the PycURL package.

cURL is an open-source command-line tool and library that’s used to transfer data in command lines or scripts with URL syntax. It supports nearly twenty-six protocols; among the multiple complex tasks it can handle are user authentication, FTP uploads, and testing REST APIs.

In Python, cURL transfers requests and data to and from servers using PycURL. PycURL functions as an interface for the libcURL library within Python.

Almost every programming language can use REST APIs to access an endpoint hosted on a web server. Instead of creating web-based calls using Java, Python, C++, JavaScript, or Ruby, you can demonstrate the calls using cURL, which offers a language-independent way to show HTTP requests and their responses. Then you can translate the requests into a format appropriate to your language.

Here are some of the benefits that cURL offers:

Why scrape the web?

Web scraping can sometimes be the sole way to access information on the internet. A lot of data is not available in CSV exports or APIs. For instance, think about the types of analysis you can do when you can download every post on a web forum.

Web scraping is an automated technique used to extract huge quantities of unstructured data from websites and then store it in a structured format. There are various methods of scraping websites, from APIs to writing your own code.

There are a few prerequisites before you begin. You’ll need a basic knowledge of Python’s syntax, or at least beginner-level programming experience with a different language. You should also understand basic networking concepts such as protocols and client-server communication.

If you chose an older version of Python, it likely didn’t include pip, a package management system that works with Python programs. Make sure to install it because pip is recommended for most packages, especially when work must be performed in virtual environments.

To confirm that pip has been installed, follow these steps:

PycURL needs to ensure that the SSL library it’s constructed against is the same one that libcURL, and consequently PycURL, is running. PycURL’s setup.py utilizes curl-config to determine this.

Certifi is used to provide the SSL with Mozilla’s root certificates. You can read more about certifi on the project description site.

You’ll need to create a buffer because cURL isn’t allocating one for the network response. Use buffer = BytesIO():

The POST method is the default way to send data to the HTTP server, or to create or update data.

You’ll use the c.setopt(c.POSTFIELDS, postfields) function for POST requests. This means that the following program will send JSON data to a server by filling the variable data with the JSON data to be sent and specifying the “Content-Type” as “application/json”.

Note that c.POSTFIELDS is used to set the HTTP request to POST operation. You can get more info about urlencode from the Python documentation.

To search the responses for specific data, utilize the c.getinfo() API to access more data. Go back to the GET example mentioned before and add these two lines at the end:

You must call c.getinfo(c.RESPONSE_CODE)) before c.close() or the code won’t work. You can get more details on getinfo() from the PycURL docs.

When you execute the code to scrape the web, it requests the URL you’ve mentioned. The web server transmits the data and allows you to access your HTML or XML page in response. The code analyzes the HTML or XML page, then locates and extracts the information.

To collect data through web scraping and Python, follow these steps:

As an example, here is a simple Python code to show what HTML response parsing code looks like. This code follows the examples provided earlier sharing the buffer variable:

You can find more about the HTML parser Python lib in the docs.

Writing Response Data to a File

The easiest way to write a response to a file is to use the open() method with the attributes that you want:

This will open a file named MyParsed.txt. Append the parsed StartEndTags in it and close the file.

You can find more on how to use the open method in the docs.

As you’ve seen, PycURL offers you a lot of flexibility in how you grab information from the web as well as for other tasks like user authentication or SSL connections. It’s a powerful tool that works well with your Python programs, particularly when using PycURL. PycURL is a lower-level package compared to Requests and other popular HTTP client in Python. It's not as easy to use, but much faster if you need concurrent connections.

If you’d like to maximize your web scraping capabilities, try ScrapingBee. Its API enables you to scrape websites and search engine results. It can manage multiple headless instances for you, and it renders JavaScript so you can scrape any type of site.

To see ScrapingBee in action, sign up for a free trial.

How to Use a Proxy with Python Requests? 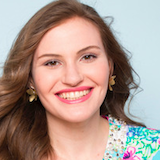 In this tutorial we will see how to use a proxy with the Requests package. We will also discuss on how to choose the right proxy provider.

Using wget with a proxy

Using a proxy with wget is easy. This step-by-step tutorial will show you the three different ways to set up a proxy server with wget command line tool.

This tutorial will show you how to download images with Python. There are different librairies that can help you achieve that: Requests, urllib, and many others.